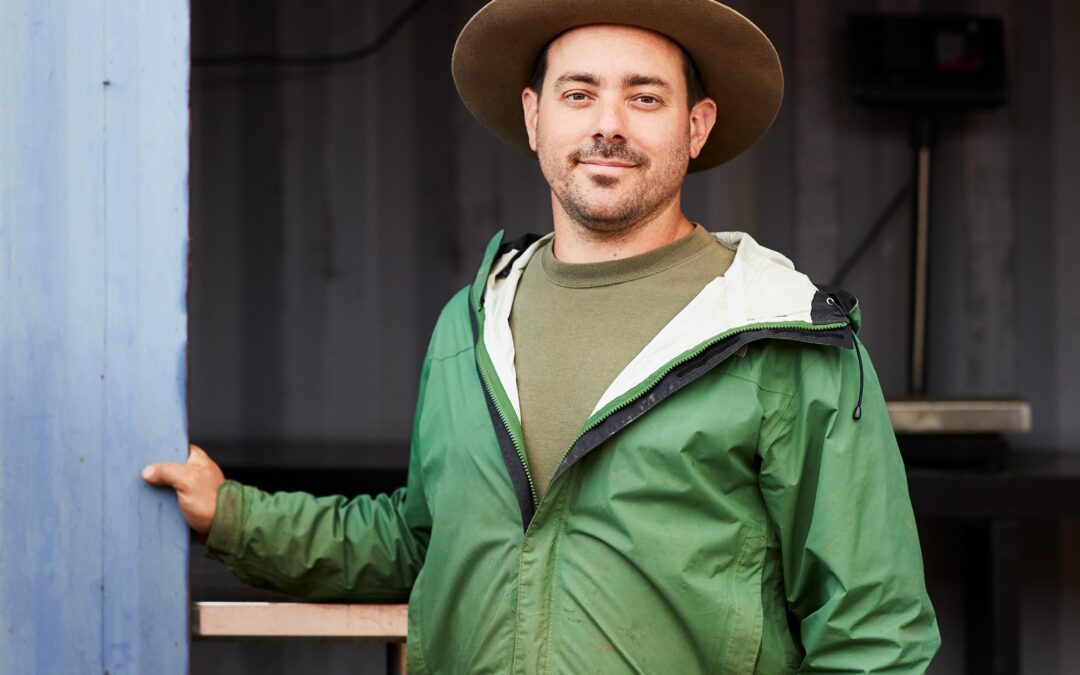 As you know, supporting small-scale farmers to regenerate and transform our landscape and connect with their local community is what we’re all about. Today we introduce you to Simon Pappas, another one of Melbourne Food Hub’s hardworking contributors of the ‘Grow / Source / Eat’, local fruit and veggie subscription program. MFH had the pleasure of chatting with Simon last week. 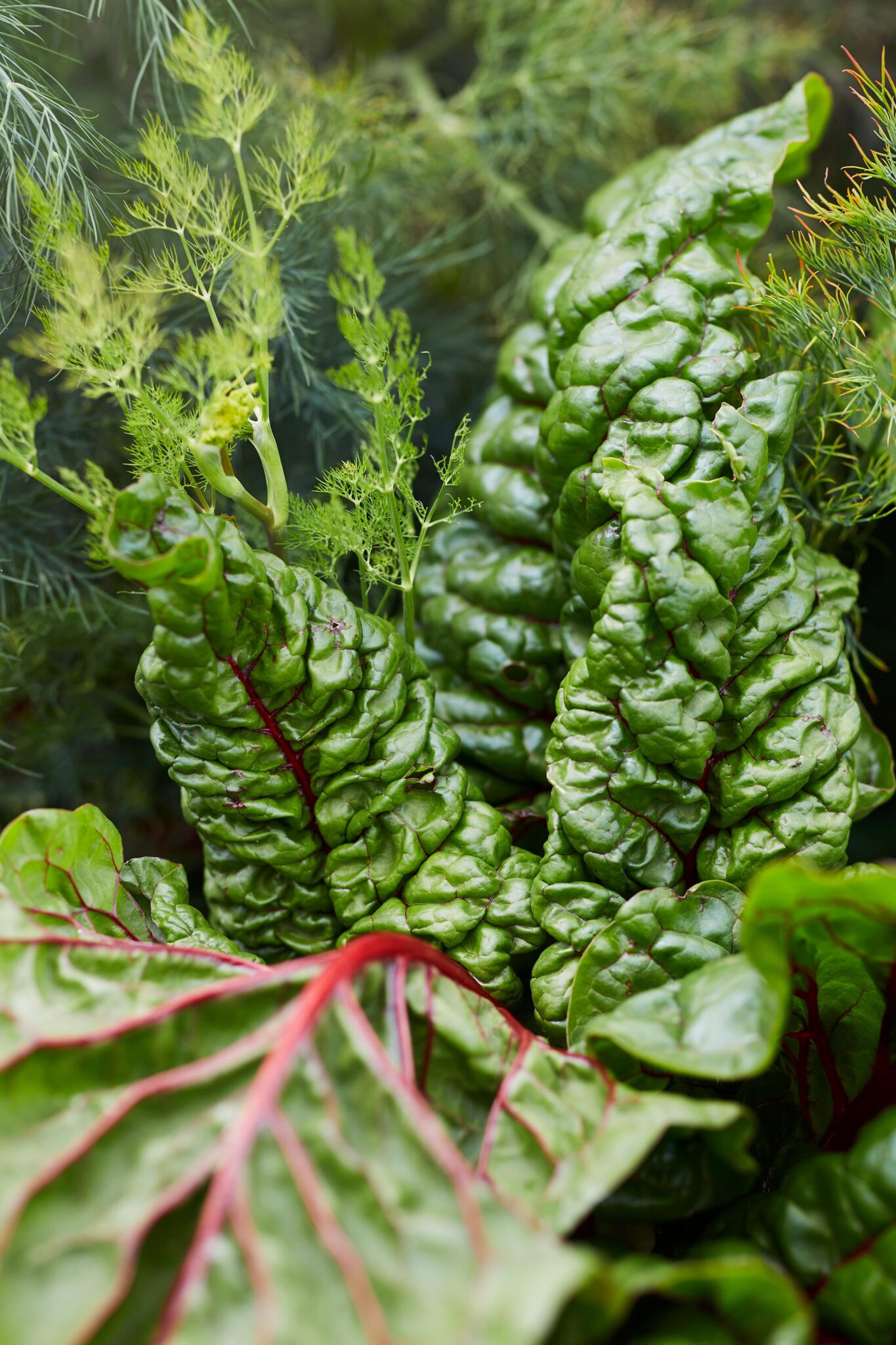 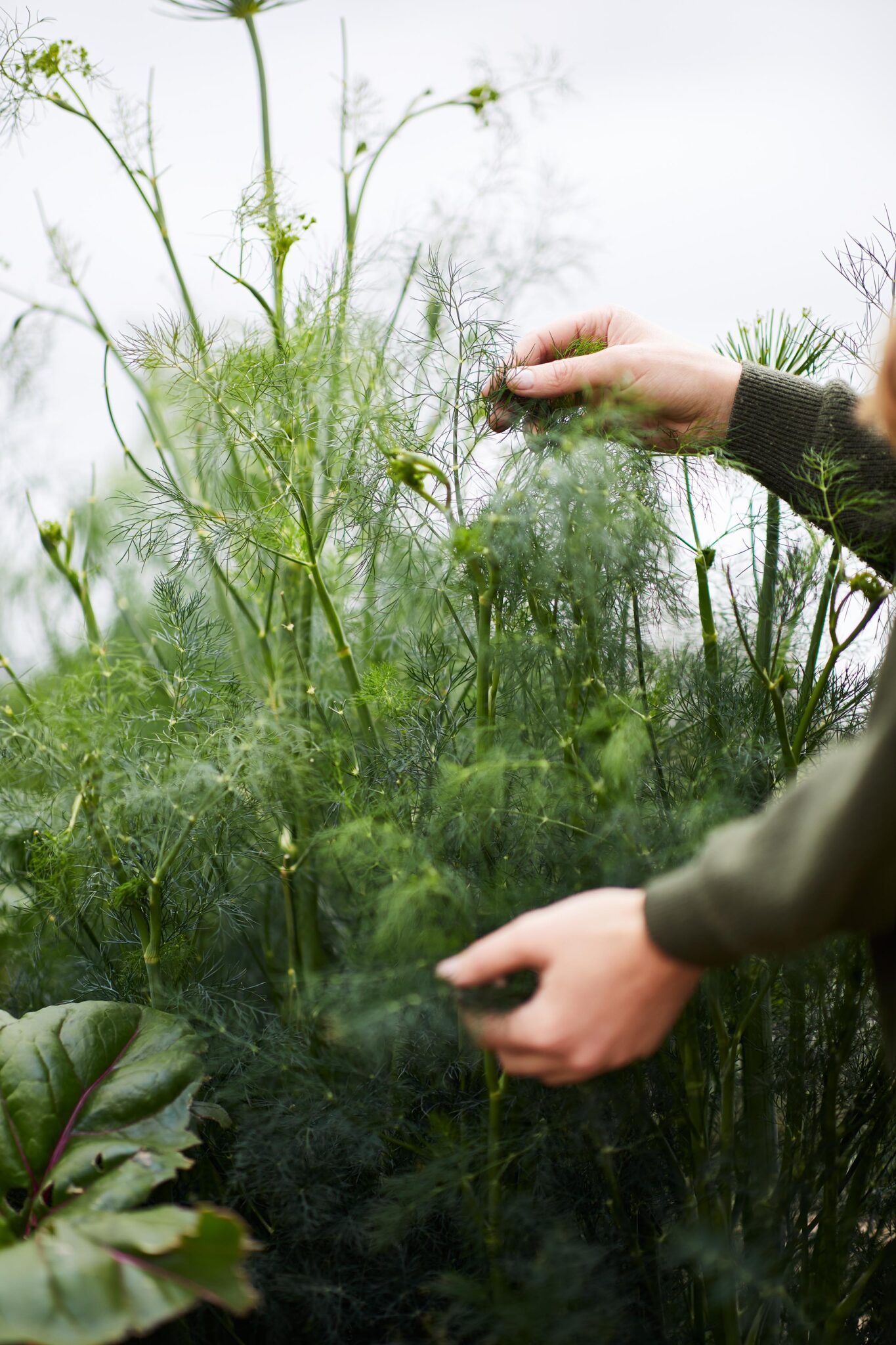 Simon is the farm manager for Common Ground Project, a multifaceted social enterprise located in Freshwater Creek, just 10 minutes south of Geelong. On site there is a 4-acre community farm, a rustic café and a produce store where weekly Saturday markets are also held.  CGP promotes food security by creating access to locally grown, healthy food. They are involved in community food projects and food relief initiatives that drive meaningful social change. With values grounded in regenerative farming, CGP offers a space for growing, cooking, knowledge sharing and ongoing community collaboration with the overarching goal of building a more resilient food system. Through natural farming methods the land at CGP has been transformed from stagnant pasture into an oasis of food production and abundance.

“There are no other vegetable farms in the area for a good reason – the soil is poor, the climate is poor and it is very, very windy. It was hard developing a thriving farm from overused pastoral land, but I was in for a penny in for pound.”

Simon wasn’t always a farmer – in fact his career began as a chef in Melbourne, working for Nathan Toleman (the brains behind beloved Melbourne cafes; Higher Ground, Top Paddock and Kettle Black).  The seed for CGP was sown when Nathan encouraged a handful of chefs to spend some time farming on his small patch of land on the Mornington Peninsular. Despite being a food-growing novice, Simon was intrigued and took on the opportunity with great enthusiasm. He quickly became obsessed, eventually leaving his job as a chef and spending the months ahead immersing himself in the world of biodynamic agriculture.

“Biodynamics is a biological and holistic approach to food production. It’s esoteric, and etheric and obscure. But it’s all based around our place in the universe and appreciating that we are part of a much bigger picture. A farmer should appreciate this and go about everything they do with respect to nature.” 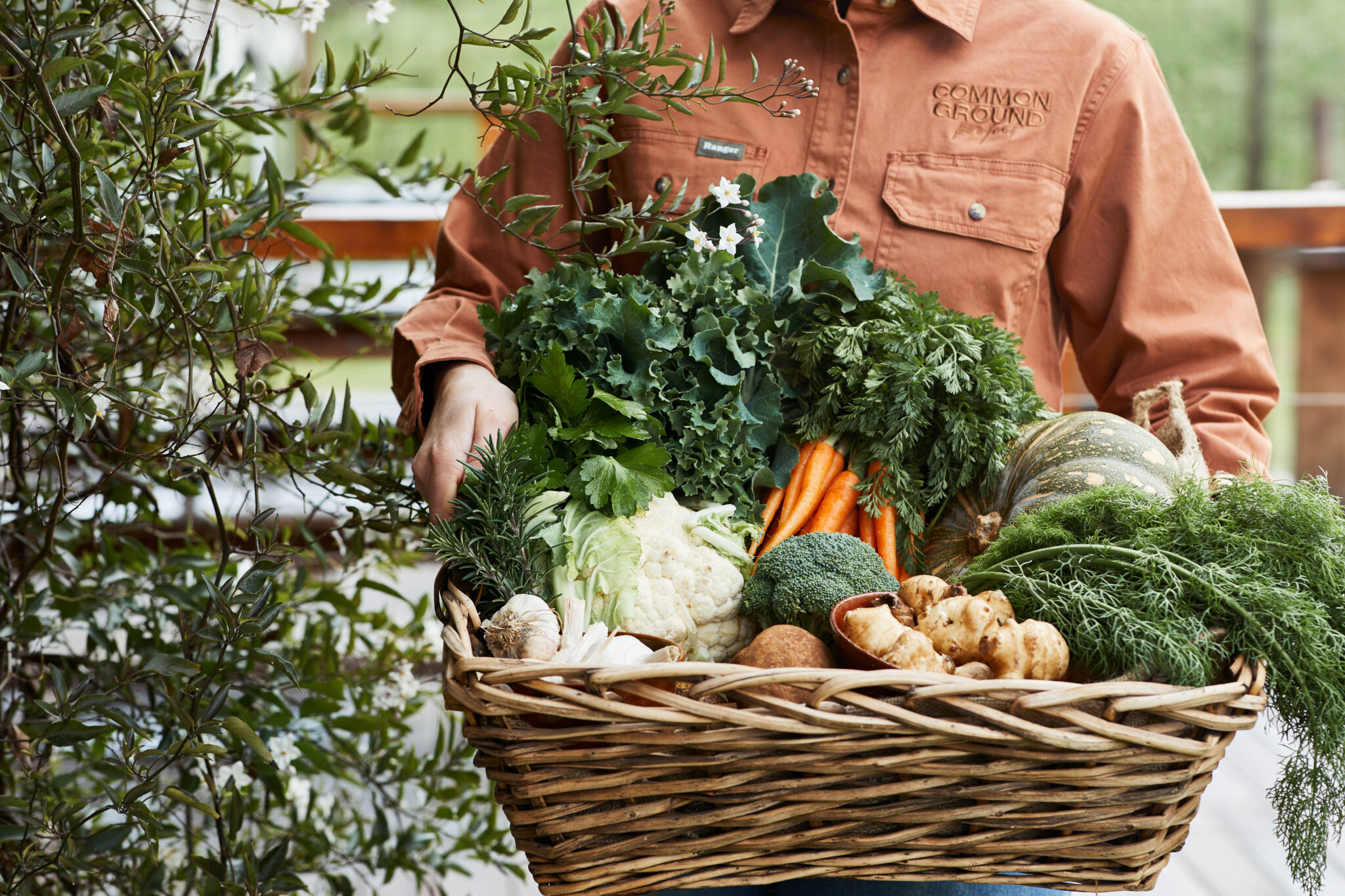 With farming proving to be a rewarding activity for chefs, Nathan decided to expand on the concept and develop the Common Ground Project, and Simon was to become the new farm manager. The initial focus of CGP was to address mental health issues in the hospitality industry by inviting chefs to come on site and reconnect with the land. Members were able to get their hands dirty and learn more about organic agriculture and seasonality. Together they would plant crops and the produce that was harvested would be distributed between members. There was also a strong focus on meditation and mindfulness practices to support mental health.

While restaurants saw the great value in the initiative, paying a subscription fee to release one of their chefs for a day was not viable for a lot of venues. Furthermore, with Covid intervening, having rotational visitors on site was no longer possible.

During this time, Simon and the team at CGP decided to direct all their energy into regenerative farming rather than organic farming. They were inspired by the works of Dr Zach Bush, an American triple certified physician who among many other things, is passionate about the role of soil and water ecosystems in human genomics, immunity and gut/brain health. In Bush’s research, he portrays that conventional agriculture creates food that is nutrient sparse, chemically laden and essentially making us sick. He stresses the immediate importance of adopting regenerative farming practices, not only for the future of our environment but for our health. Simon’s values around regenerative farming, wellness and mindfulness are heavily influenced by Zach Bush.

He explains that “We only have to look at ourselves and see that 50% of us have a chronic illness in some kind or another – whether it eczema, asthma, depression, anxiety. None of us can say we don’t know someone that isn’t suffering from a lack of health. While this is a huge systematic issue, the Governments aren’t doing anything so we need individuals in communities supporting each other. “ 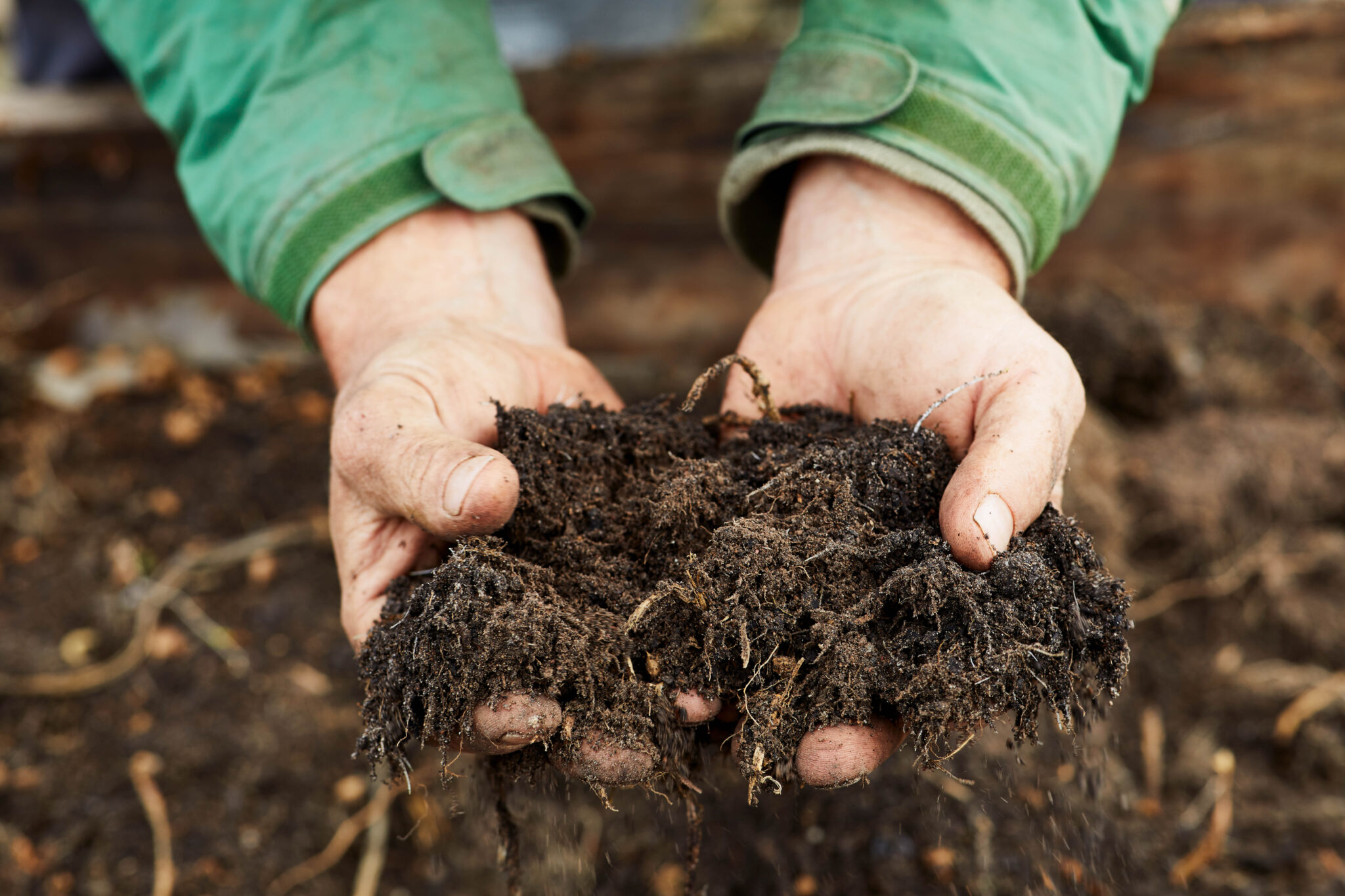 CGP works with other social enterprises that connect people to good food including Moving Feast, Diversitat and Melbourne Food Hub!

“Working with Melbourne Food Hub is really significant and means a lot to us. The team understands the organic nature of the food and distributes it directly to people’s home kitchens. We cannot transform the food system alone and we are so grateful that we are not alone!”

If you would like to know more, MFH will be streaming a live chat with Simon next Wednesday November 18th on our Instagram where we will be talking all things veggies, community and the environment. Better yet, with the ‘ring of steel’ around Melbourne being scrapped, you can now visit Common Ground Project in person!