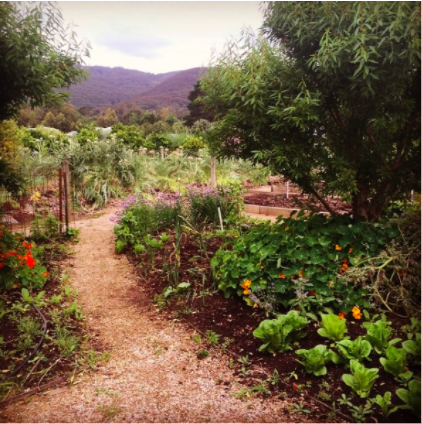 Just starting out? See parts 1 and 2 here.  Good gardening requires good planning, and never more so than when it comes to succession planting.  Succession planting is a way to extend your harvest, so you have different crops ripening at different times over the year, instead of having everything mature all at once and then having nothing at all for another couple of months. There are a few ways to do succession planting, and all require a bit of note taking so you can remember what you planted, when! In permaculture, we use the term ‘stacking in time’ to refer to what is essentially succession planning: making the best use of space by staggering plantings and inter-planting crops so every inch of soil is growing food for us to eat, in every season. 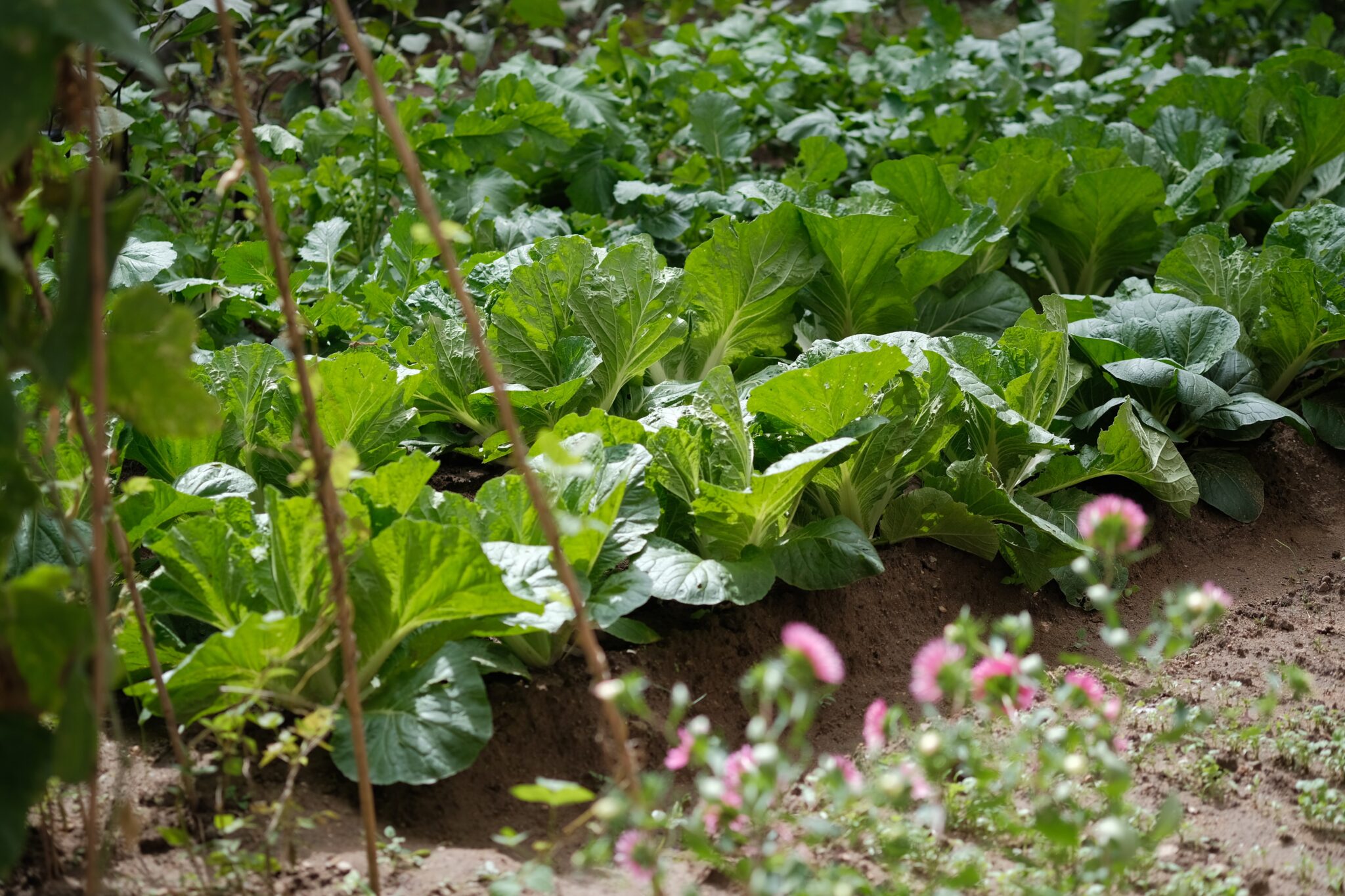 Staggered Plantings of the same crop Space out plantings of the same vegetable every 2-4 weeks instead of planting all at once, so you can keep harvesting throughout the season rather than having it all ready at once. Different vegetables in the same spot Intercropping two vegetables in the same space by using two different but complementary species that don’t compete for space. Eg. Growing lettuce between broccoli while young, and once the broccoli is big enough to fill in the spaces, the lettuce is ready to harvest. You can do the same with radish and carrots: Plant rows of radishes between your carrot rows, as these will be ready to harvest in 4-6 weeks, just when the growing carrots will start needing more room. Different vegetables in succession Some crops have short growing seasons, and the space they were using once harvested can be replanted with a later season crop. For example, you can plant fast-growing greens like rocket and lettuce to fill in space in a bed before later season crops like tomatoes or zucchinis are ready to plant. Same crop with different maturity rates Some vegetables have different varieties that mature at different speeds, with early, mid and late season varieties being common. Check the seed packets for ‘days to maturity’, or choose varieties that are labelled such. Cabbages, broccoli and cauliflower are some examples of winter vegetables that come in early, mid and late season varieties. To successfully grow food all year, you’ll need to do a bit of research on the planting times for each crop, and create a planting schedule (and stick to it!). In a limited space, this might sometimes mean sacrificing a portion of the previous crop to make sure you have time to plant the next. For example, in Melbourne often tomatoes and capsicums are still producing well into late Autumn (sometimes even winter if they’re in a protected spot), but if you need the space to plant your kale and broccoli before it gets too cold, you’ll have to pull them out early. 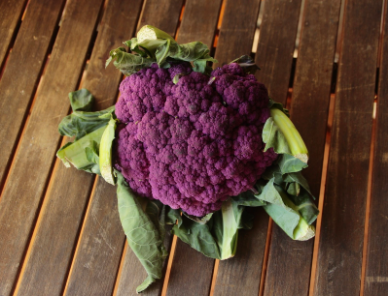 Companion Planting When we’re talking about planting different vegetables side by side to save space, it’s helpful to know which plants are compatible. Plants which aid each other’s growth are called companion plants, and they can do this in many ways. Some examples of successful companion plant relationships are: – Taller crops shading a heat-sensitive smaller crop, eg. Growing tomatoes with lettuce at the bases. If tomatoes are planted to the west of lettuces they can protect them from the hot afternoon sun in summer, while the lettuces act as a living mulch for the tomato roots, helping to retain moisture and keep them cool. – Flowering plants attracting beneficial insects, eg. dill with broccoli or kale. Dill attracts parasitic wasps (a beneficial insect) which control the white cabbage butterfly, whose caterpillars are a major pest of brassicas. – Aromatic plants deterring pests, eg. chives help to deter aphids which is particularly helpful for broccoli, cabbages, cauliflower and kale. There are many other examples of companion planting, and there are many charts available online showing all the different possible combinations. The best thing to do is just experiment and see what works for you. Possibly the best outcome of companion planting is increasing diversity in your garden-the more variety of crops you have, the more resilient your garden will be to pest and disease pressures. 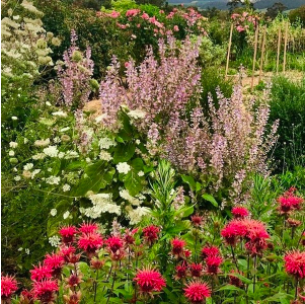 Flowering plants attract beneficial insects which keep garden pests under control.
There are many other examples of companion planting, and there are many charts available online showing all the different possible combinations. The best thing to do is just experiment and see what works for you. Possibly the best outcome of companion planting is increasing diversity in your garden-the more variety of crops you have, the more resilient your garden will be to pest and disease pressures. Which leads us to…
Organic Pest Management In addition to companion planting, there are many other techniques we can use to manage pests in the garden. The goal here should always be to create a healthy garden ecosystem to prevent pest populations from building up in the first place, rather than reaching for a pesticide, as these can be harmful no matter how organic they are. A few control strategies for common garden pests are: Slugs and snails 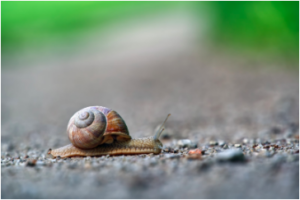 These can be picked off and squished as you find them. Pouring some beer into a jar or cut-in half can and submerging it in the soil with the liquid exposed to the surface is a great trap for slugs and snails, who can’t seem to resist the yeasty smell. Copper tape can be purchased from nurseries which can be laid around plants in small spaces to protect seedlings, and crushed eggshells sprinkled around young plants can also help. You’ll know if your seedlings are being eaten by snails because there will be bite marks around the edges of leaves, or the leaves will disappear completely, leaving only bare stems! Caterpillars 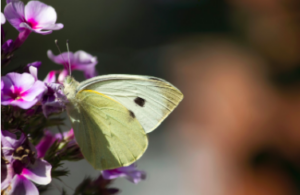 The most common and destructive of these is the white cabbage moth, whose larvae are the green caterpillars who love broccolis, cabbages, cauliflower and other brassicas. If there are telltale holes in your leaves (not just around the edges), the culprit is likely to be these guys. They lay tiny yellow eggs on young leaves which you can see if you look closely. If you catch them early, you can just squish these eggs before they get the chance to hatch, and give the caterpillars the same treatment.  If you see the white cabbage moth flying around your garden, you can try using white bread tags or other small, white objects stuck on stakes as decoys, as these will look like other moths which will prevent them from landing and laying their eggs on your precious seedlings.  In the case of a severe infestation, you can purchase Dipel from most nurseries. This organic certified powder can be mixed with water and sprayed on susceptible plants, and is actually a bacteria which infects and kills caterpillars while not harming other insects. Another option for protecting brassicas is to use a fine netting (available from most nurseries) draped over that section of the garden, which will prevent the cabbage moth from landing on and laying eggs on your seedlings. Aphids 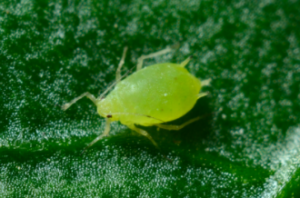 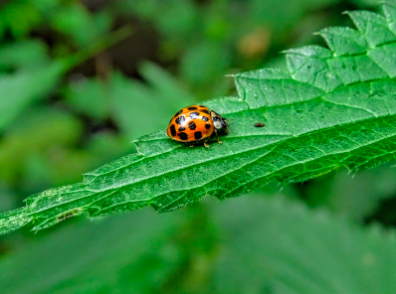 Ladybugs are the superheroes of the veggie patch: A single ladybug can eat 50 aphids a day, or 5000 over a lifetime! They also eat mites, scale insects and whiteflies. 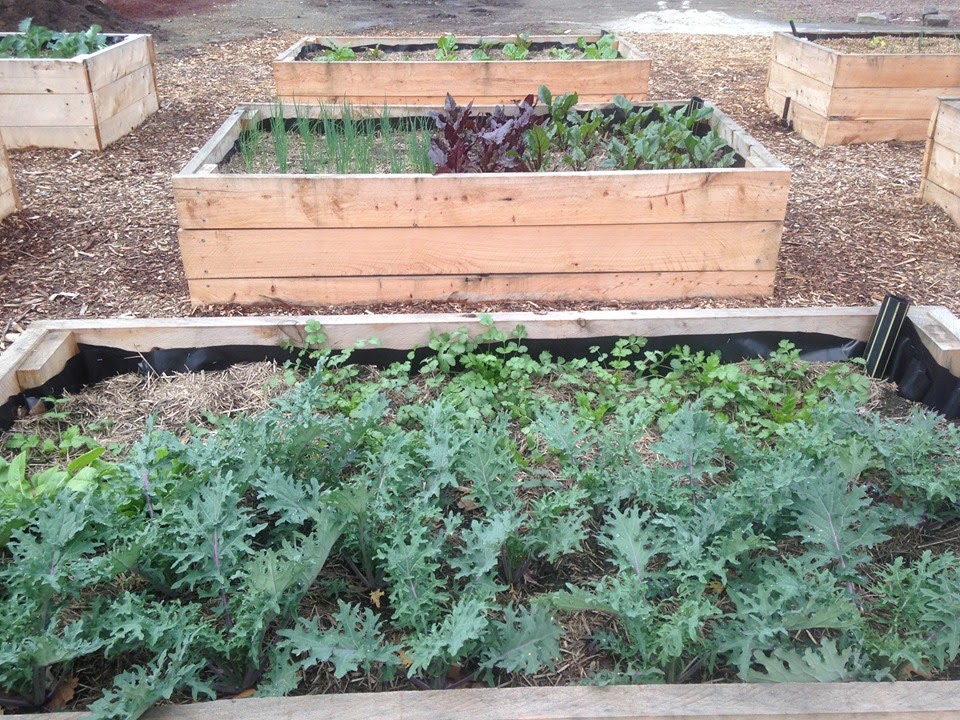