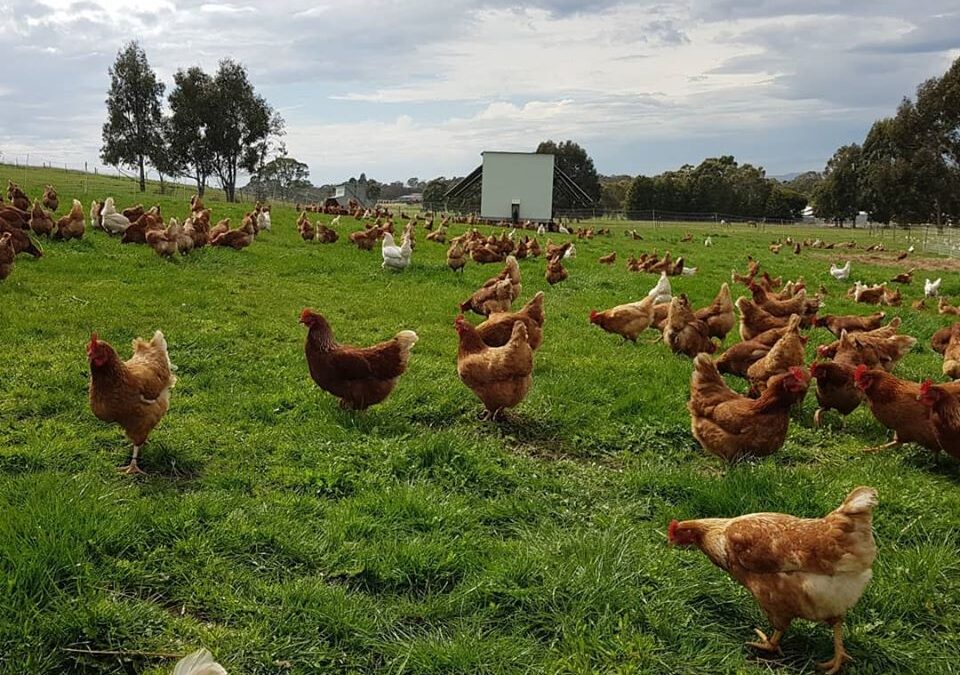 Raised in Doncaster, then a peri-urban area ‘I grew up in an urban neighbourhood, but it was newly built on pear and apple orchards and I used to ride my horses where the Eastern Freeway is now’, Annemaree has always been passionate about working with animals – ‘I’m an animal person, that’s my bag that’s what I do, I’ve always been involved in livestock.’

After having worked on farms around Australia, ‘moving every 6 months to a new job, a new place, a new town’, attending agricultural college and a 15 year government career, all while keeping her interest in farming on the side, she took the plunge around 2 years ago and started the chicken enterprise on the 50 acres that is Dalhousie Farm. Annemaree says her ‘ ambition was always to make it a working farm, and for it to be my full-time gig. I’d been taking sort of baby steps, I decided I needed to go all in’. Before then she was working 4 days a week with the City of Whittlesea as the Agribusiness Officer while managing the farm ‘I did a lot of work on the farm before going to work and then coming home from work. So I used to do a lot of time on the farm with a headlamp, to get stuff done.’ 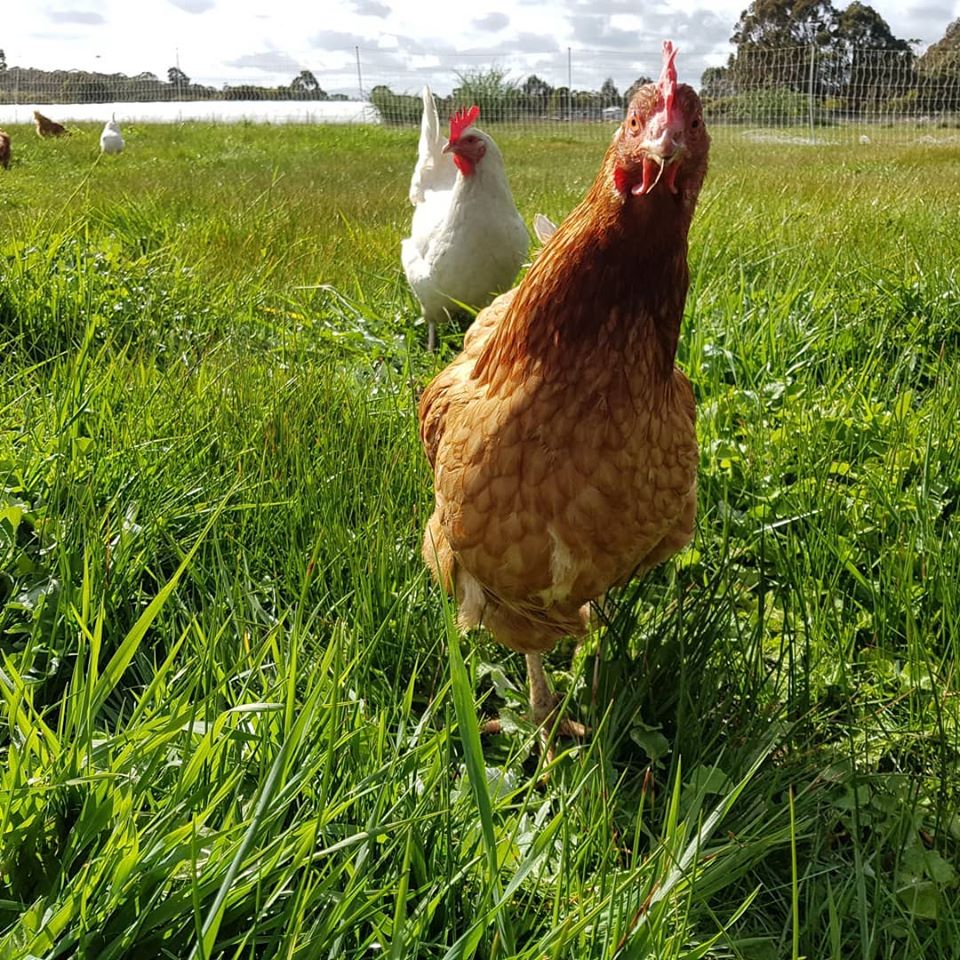 What is striking about Dalhousie Farm is the way in which it is farmed – stacked enterprises including the eggs of course, but also Remi’s Patch – another of Grow / Source / Eat’s core suppliers, with future plans for a perennial food forest on the olive grove.

Co-farming like this has its challenges, but also myriad possibilities. Annemaree explains her ‘intention in the long run is that the farm is fully financially viable in its own right, but it’s not an easy path to that – especially with my situation… this is not a family farm, this is not inherited land, it’s my home with a large mortgage. Like a lot of young farmers or people who are new to farming, the dream is there but the reality is that is comes with a fair bit of debt. So there’s 50 acres here – there are lots of places that are equivalent size and not taken seriously as farms, and as a result don’t reach their potential. With the collaborations in place we can actually have more ability to reach that potential and take advantage of those different niches that are offered to us, both through the type of land that is here but also through the skill sets that each individual brings to the table.’

In relation to her chooks which, when they are ready to hit the pastures she affectionately calls her ‘big girls’ – their welfare and contribution to the ecosystem are two equal parts, ‘my birds are here and they are a part of the broader system’ she says, ‘I’ve just got one 600 bird shed and I don’t really want more than that… I was initially tempted to buy another shed and maybe a third one and then suddenly you realise you’re just getting big and there’s less room for other enterprises on the farm’.

The chooks are rotated through pastures in a moveable shed, and have access to such fresh pastures – in fact it takes almost a year for the birds to circle back to the same spot! This incredibly detailed farm management is not for nothing – ‘as they are going around the farm they’re actually improving the soil and contributing nutritionally to the soil… and then the chickens move on so there’s co-benefits there obviously with their access to grass and additional protein as well as sunshine and fresh air.’ 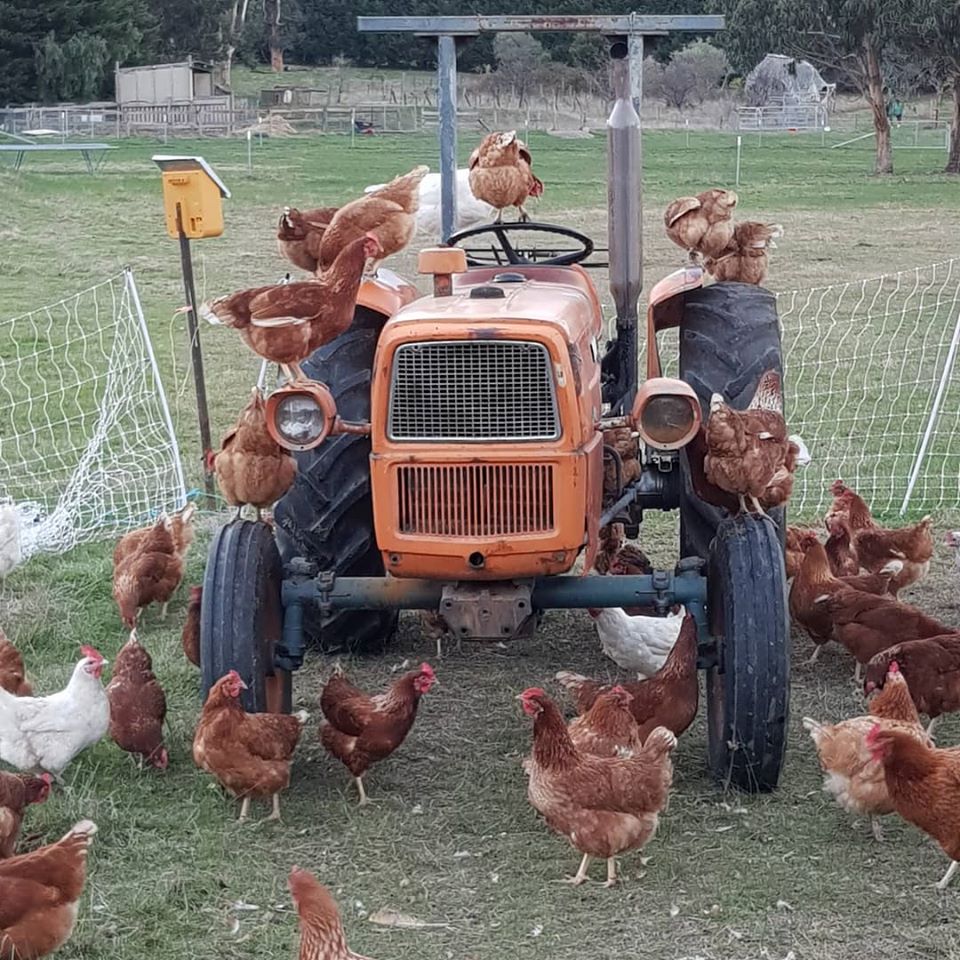 As Annemaree passionately explains, ensuring that she is always improving and regenerating her ‘piece of ground’ goes beyond caring for her chooks ‘we currently have the paradoxical human health situation that we have an increasing rate of obesity but a decreasing rate in nutrition and we really need to look at the foods we are producing and feeding our community to ensure we are actually providing the nutrition that our people require…. If the soils are unhealthy, the plants and animals that feed the people are also unhealthy and as a result the people are unhealthy. We need to look at ourselves and our foods as a part of the ecological system and if we don’t foster health in the broader ecological system we can’t expect for us to enjoy good health ourselves.’

On the changes she’s seen in the food system as a result of COVID-19 and what could happen next Annemaree says ‘I think what COVID did was shatter the illusion of food security. I think people suddenly realised how fragile our food system actually is, especially based on the duopoly. They lost faith in the duopoly and I think as was sort of highlighted to me by those phone calls in that transition time, and in the growth of the food box programs, people now want to be closer to the farmer because I think that they feel if they know the farmer and the farmer knows them that the farmer will look after them.’

‘People want to be close to the farmer, they want to have a relationship with them now, they want to be a bit more responsible for their own security and this is a way that they can do it. Through the supermarket – that’s a blindfold, they’re so far removed, they’ve got no idea, it’s completely anonymous. It’s a large organisation and that large organisation doesn’t care about them or know them and it’s going to stop them buying more than 2 bags of pasta.’

This connection to the customer is so important to the ‘why’ and ‘how’ Annemaree farms ‘shortened supply chains are really valuable on a range of levels but don’t underestimate the value to my mental health as well. Most of my customers have also become friends. They become part of my social network and my connection to community and add to that depth of my life that I wouldn’t have if I just sent my eggs through a wholesaler each week.’

‘I’ve always tried to be accessible to people too. If they want to chat about the farm or the farming methods  or anything like that and feel that connection to the farm then I always try to foster that and be open. And that’s the benefit of being small. If I had 10, 20, 50 thousand birds…I’d be a step away from my customers, they wouldn’t have that connection to me, they’d know nothing about me, nothing about the farm. At the smaller scale -I’m a real person, this is a real place… there’s 600 birds here, no more.’

If you love getting those golden eggs from Dalhousie Farms in your parcel each week – reach out via social media ‘I love, love, love seeing people’s meals and seeing what people come up with their Dalhousie Farm eggs and their Remi’s patch produce – gives me a real buzz to see people’s creations’ she says. The dream is to be able to host a farm tour for Grow / Source / Eat subscribers one day soon, but until then make sure you check out her posts too ‘there’s lots of photos which show what a beautiful place this is and how lucky I am to be here and I really enjoy sharing that with everyone.’

All photos courtesy of Dalhousie Farm. 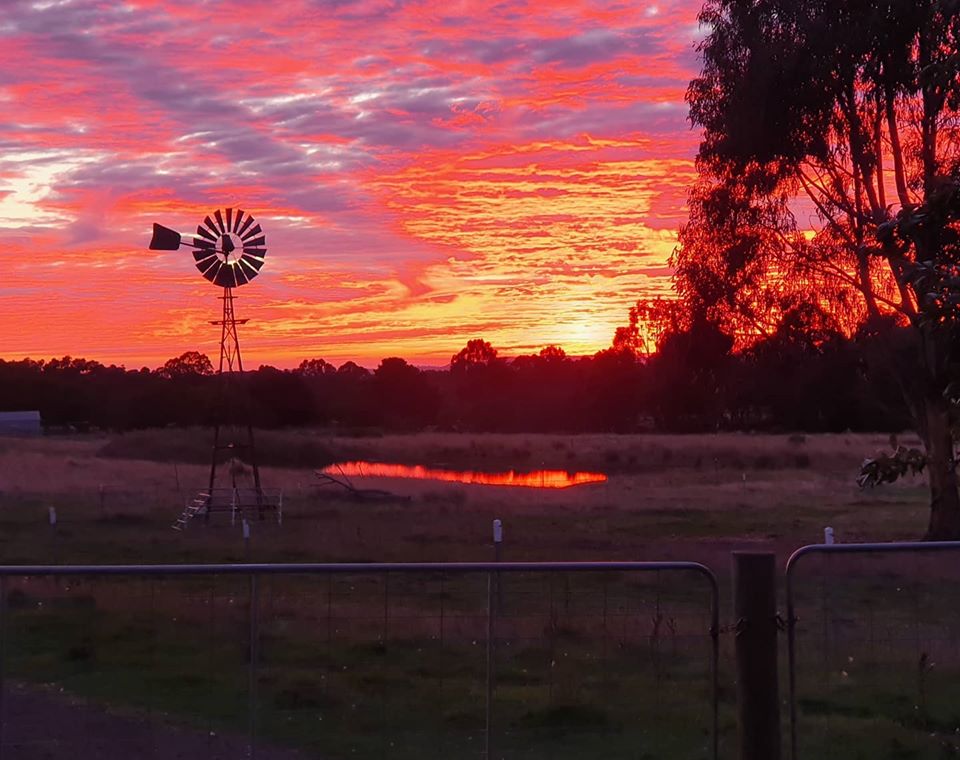